What exactly is Vaping? 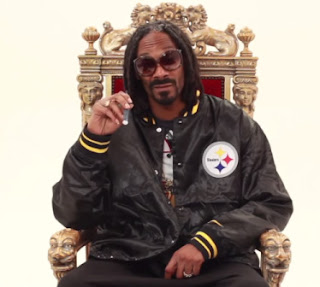 There are many people who do not know what vaping is even though it’s been popular over the last several years. Because vaping is so new there is a great deal of misinformation out there about what it is, what it does and if it is harmful.

To vape – the definition
Vaping is inhaling vapor from a device that produces vapor that is flavored and sometimes spiked with nicotine.  Well it wasn’t spiked per se but there are e-juices that do contain nicotine on purpose.  Most vapers do not use the nicotine e-juice.

Vaping is an alternative to smoking old fashioned tobacco cigarettes.  Many people believe as I do that vaping is less harmful than smoking.  Vaping also eliminates the bad smell, bad breath, dirty ash trays, cigarette burns and possibly mitigating a person’s chance at getting cancer or other illnesses associated with tobacco smoking.

The word vaping came about because of the use of a vaporizer.  When heat is applied to a liquid it creates vapor.  The person who uses this device is then termed a vaper.  Vaping is a way for smokers to alter their tobacco habits.

History of Vaping
It’s hard to believe but vaping is thought to have originated as far back as the 1960’s.  Back at that time vaporizers were not able to be carried around and they were with  medical applications.

The person who invented vaping was a pharmacist who was inspired to help people with smoking habits because the father, of this pharmacist, actually died of lung cancer from smoking cigarettes.

The inventor called this device a Ruyan.  When  loosely translated it means ‘like smoke’. As it happens the Ruyan was a big hit, and it wended its  way into the U.S. market in the early 2000’s and hence vaping was born.

So…What is Vaping Like?
If you are newbie or wanted to try vaping then it’s a pretty simple thing to do.  Vaping is done with e-liquids that have flavors and sometimes nicotine in the  juices as well. There are a variety of dosages of the nicotine for the smokers who are crossing over.

When people begin to use the juices with nicotine in them then it’s possible for them to get what’s called a “throat hit” and that tends to irritate the area of the throat if too much nicotine is being used too much over a period of time.  Most people vape for the flavors and that’s why this is becoming so popular.

Are there benefits to vaping?
The debate is never-ending about the safety of vaping. As it is studied more there is emerging evidence out there that vaping is safe.  When vaping does not involve nicotine and it’s just being done for the flavor then vaping is pretty safe especially when one considers traditional smoking. Vaping does not represent the same health risk that smoking does.

Vaping is akin to smoking but it’s odorless, does not make us smell funny or burn holes in our clothes either. It’s also questionable as to if second hand vapor poses a risk for others.  Some of these issues are not definitively resolved but indications say vaping is better than smoking but is not a cure for smoking.  It’s basically a change of habits.

One thought on “What exactly is Vaping?”

Hi, I think your blog might be having browser compatibility issues. When I look at your blog in Ie, it looks fine but when opening in Internet Explorer, it has some overlapping. I just wanted to give you a quick heads up! Other then that, superb blog!